Refining the interpretation of oxygen isotope variability in free-swimming organisms

Serially sampled oxygen isotope ratios (δ18O) from fossil and modern cephalopods may provide new insight into the behavior and longevity of individuals. Interpretation of these data is generally more difficult than similar data from bivalves or brachiopods because the measured δ18O from shell combines both seasonal change and depth change over the life of an individual. In this paper, a simple null model is presented combining the three fundamental controls on a measured δ18O profile in a free-swimming organism: swimming behavior, seasonal water column change, and time averaging in sampling. Model results indicate that seasonal variability in δ18O in a free-swimming organism can be interpreted in locations with strong seasonality through most of the swimming range but is complicated by swimming velocity and is sometimes best expressed by changes in δ18O variance rather than simple sinusoidal patterns. In other locations with a stable thermocline or seasonal ranges in only a small portion of the water column, no variability caused by seasonality would be expected. Furthermore, large ranges of δ18O (~ 4‰) are possible within and between individuals in settings with persistent thermoclines like the tropics, depending on the swimming depth limits and behavior of individuals. These results suggest that future interpretation of serially sampled δ18O should consider seasonal water column variation from either modern or modeling sources in addition to comparison to co-occurring benthic and planktonic organisms. Additionally, this modeling casts doubt on the promise of isotope sclerochronology alone as a growth chronometer in ammonites and other free-swimming fossil organisms and highlights the need for other methods of quantitatively determining age. 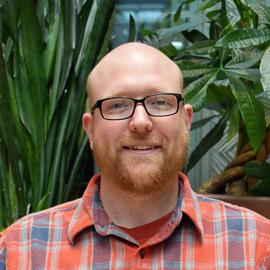